The new year has already been a busy, sometimes frantic, yet massively rewarding 2017 thus far here at SHS Towers.  I write this from a café in Central London, a stones-throw from our principal tour base at the excellent Generator Hostel in the lively Kings Cross district of the capital.

Today, Club Atletico Ferrocarril San Martin depart for Paris on the fourth leg of their mammoth 18-day, 5-stop tour of Europe. Prior to this leg, they have visited Dublin & Edinburgh and finish up on the Barcelona beaches in a few days-time.

I felt compelled to pen some thoughts, lessons learnt and observations of a landmark tour for both the tourists and ourselves. We’ve been fortunate to almost cover the globe now with clients, but this team were our maiden voyage as it were into South American territory.

One of the true fortunate perks of the job I’m in is to meet people from across the world who share the same passionate common interest. It makes friendship easy to forge and discussion always interesting.

As the tourists got off the plane at Dublin last week, unfortunately bang-on half-time of the pulsating England-Wales match, I admit I wasn’t sure what to expect. I’ve worked with enough nationalities now to know not to fall into assumptions based on national stereotypes.

You couldn’t help but be impressed. Despite the 20+ hour journey from Buenos Aires via Frankfurt, the guys arrived in full number-ones, immaculate apart from the odd weary eye.

We bussed across the city & checked-in just in time to see Elliott Daly breeze past Alex Cuthbert to set England on their way to another victory against the odds in Cardiff.

After dinner at the alpha-male friendly My Meat Wagon on Smithfield, the lads set off into the mist for a night in Temple Bar.

The next morning, not a sole was late for the bus for training. This was when I started to pick up and take note. We’ve hosted numerous adult/student sides who dress their tour up as a serious rugby trip, focus on the games is high, but the commitment soon lapses & it occasionally turns into a glorified stag doo – read bachelor party depending on you locale.

Team-stash identical to a man, we headed to Monkstown RFC who provided training and gym equipment for the marathon 3-hour session. The plane was definitely run out of the legs. The session was followed up the next day with an equally punishing routine at UCD, the venue of the Women’s Rugby World Cup pool-matches later this year.

The training is overseen by their imposing coach Juan Mauro, an ex-Prop who had enjoyed a successful career at Benetton Treviso and Bayonne before returning to home club San Martin to coach. I’ve enjoyed watching him operate. He doesn’t seem to say a huge amount, but when he does, the boys listen. He is backed up off the field by Gabriel Murut, the tour manager. He has kept the trip immaculate & has been a pleasure to work with. In fact, my role on this one has almost been surplus to requirement at times!

The lure of the Guinness Storehouse, Temple Bar, Dawson Street & Harcourt Street was strong & enjoyed, but the focus remained the same.

We arrived in Edinburgh on Monday. To date, the highlight of the trip for many of the boys. The attraction of London and Dublin is understandably undeniable, but again, the greatest result on the tour is our Auld Favourite north of the border.

The boys stayed at the Safestay Hostel, hidden in the shadows of the Royal Mile, Edinburgh Castle and Grassmarket.

The first tour match was one I was equally excited and apprehensive about. This landmark touring side played my boyhood club Tynedale RFC, in an exhibition match at a neutral ground in Jedburgh, a ‘canny-hoy’ from the border.

I always take the lining up of opposition seriously. Above everything, it is how the success of the tour is judged. Even if the itinerary works like clockwork, a 60-0 swing either way will be the over-riding memory. So, when you have a client on one hand and your peers on the other, it’s our-trades equivalent of a gauntlet.

When we arrived at Jed-Forest, a wonderful club set on the banks of Jed-Water under the imposing red-cliffs, there was a definite uncertainty from all parties of what to expect.

Tynedale brought with them a strong ‘A’ side. A large pack was complimented with appearances of several first-team regulars and guest-appearances from Newcastle Falcon academy starlets.

As the border-mist set, the game was underway. A ferocious opening quarter unfolded with no inches given. Tynedale looked to move the ball, whilst the abrasive and unrelenting defence of the visitors kept them at bay.

The visitors worked tirelessly as a unit. The togetherness and commitment they had shown throughout the past 5 days or so was evident here. Having not hit so much as a tackle bag in the days leading up to the game, I wondered what their regime had been in the lead-up to the tour as they clattered runners and blasted breakdowns. The pressure told, Tynedale buckled and the visitors ran in two unanswered tries before the break.

The second-half slowed a little, with Tynedale coming into the game more, but failed to convert their pressure to points. As the game opened and legs tired, the visitors ran in a further three tries, two of them harsh on the ‘hosts’ before a consolation score brought the match to a close. 7-33 it ended.

Rugby is the ultimate team sport, and these guys are exactly that. To a man in the pack smaller & almost to a man less-talented in the three-quarters, but their commitment to the cause and each other was exceptional to watch.

The next day, the visitors ‘B’ side were at Myreside Stadium in Edinburgh to take on Watsonian FC, one of Scotlands’ oldest & most historic clubs. The game played out on the current home-of-choice for pro-franchise Edinburgh Rugby, the match lived up to the commitment of the previous night. The 0-3 half-time score-line reflecting the close nature of it. The game ended 7-15.

We always set a target of a 20-point difference between the two teams at full-time, this one was bang-on. Job done.

After an epic team-photo under the castle, we left Edinburgh for London on the Virgin Trains East Coast. This is a new way of travelling for our tours in 2017 & what a way to go. A short walk from the Hostel to the station, a special carriage opened for luggage and a full-carriage for our tourists was perfect. The scenic journey into London was cheap, quick and ideal.

In London, the team continued their training schedule with an excellent session on the carpet at Allianz Arena, home of reigning European Champions Saracens. The boys were joined by Argentinean players Marcello Bosch and Juan Figallo, a real coup and a highlight of the trip for all. What an unbelievable set-up they have their. The culture of Saracens I evident in every corner of the venue – no surprise given their unrelenting recent successes.

One feature of this tour is the amount of free-time the team have been given. This is the first time many of the guys have visited Europe, so rightly, they are given time to see the sights. On Saturday, a fully-free day allowed some to visit Cardiff whilst we took a bus-load to Bath to watch the AVIVA Premiership match at The Rec. Like the Virgin Trains link above, our Partnership with Bath Rugby is flourishing & we were able to source tickets very late in another wise sold-out match.

Bath is a wonderful city - one I'd have liked to take the guys to maybe instead of the bustle of London. That maybe for another day though.

Today, via Eurostar, the team depart for Paris. They’ll play an ‘A’ and ‘B’ match at Paris University Club before completing their trip with some much deserved R&R on the Catalan Coast. 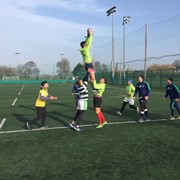 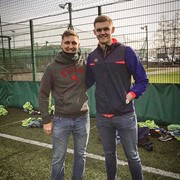 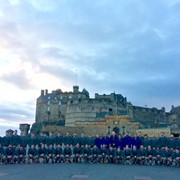 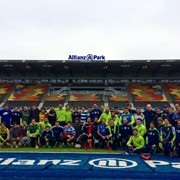 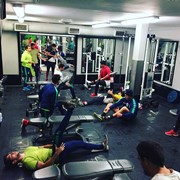 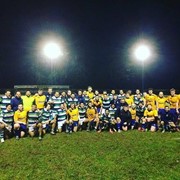 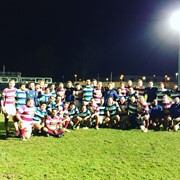 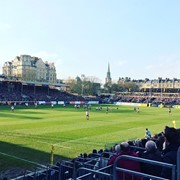 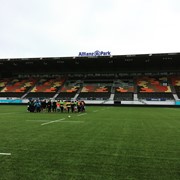 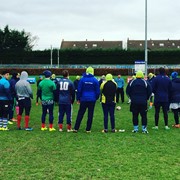 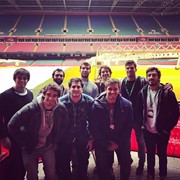 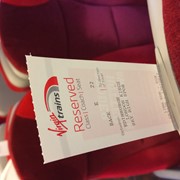 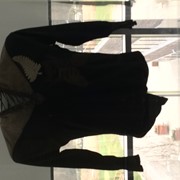 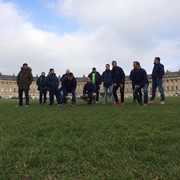 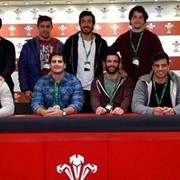 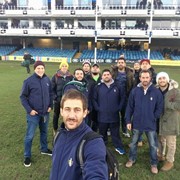 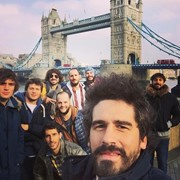 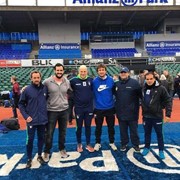 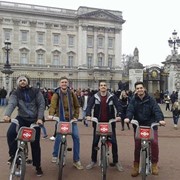 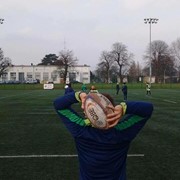 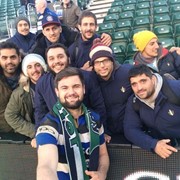 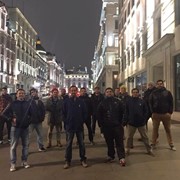 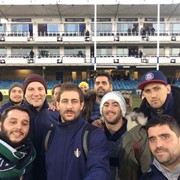 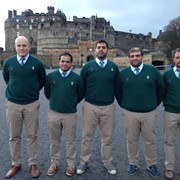