Harry Ventures Into the World of 7s

At 6ft 9”, Harry is most suited to the 15s game, with 8 man scrums and ‘proper’ lineouts. Although he didn’t look out of his depth when he represented the invitational side, 'Stu's Blues'.

His highlight of the tournament came when Harry was able to utilise his natural attacking prowess & abnormally long limbs from a restart. Dominating the aerial battle, he snatched the ball from kick-off and showed a clean pair of heels to bound over the whitewash. This gained a raucous approval from Northumberland crowd.

Stu’s Blues progressed to the semi-final where they were knocked out by eventual winners ‘The Janitors’.

The evening was finished off with a visit to the beer tent to sample what was on offer at a very successful local event at Tynedale Rugby Club.

Well done to all involved! 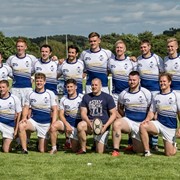 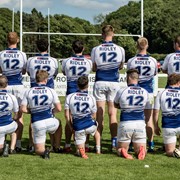 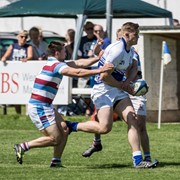 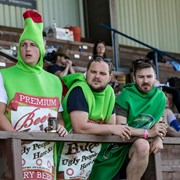 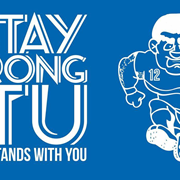 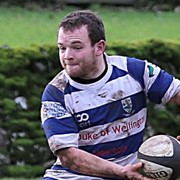