Clayton Bootleggers (US) Tour To Scotland

In September, we were proud to welcome the Clayton Bootleggers Rugby Club from North Carolina to Scotland on their maiden international tour as a club.

Formed in 2013, the Bootleggers are a dynamic and thriving club based in the Rugby hinterland of the Carolinas who have grand plans to become a serious player in the USA Rugby ‘South’ region.

The tour was a long-time coming. Club President Ted Hardy first made contact with Sky High Sports in November 2017, but this followed their own recky to Glasgow, making ties with clubs in the city with a view of bringing the club on their maiden trip abroad.

Two years later, we welcomed the club to Glasgow.

We know as well as any, that getting a major international tour off the ground takes some serious work, planning, enthusiasm and fundraising. However, this trip has been just one of the projects going on at Clayton.

The club secured, fundraised and landscaped an amazing new home which will provide playing facilities for their men’s team, booming junior section & their annual tournaments, which themselves have a notable reputation across the region. The facility will boast a permanent Rugby Pitch as well as two multi-purpose fields, which, when rugby isn’t being played, can be used to support other sports in the area.

Rugby facilities in the area are in short supply. Having spent time with the team during their tour, it was apparent that some players travel up to 1-hour in each direction for training and matches. We complain here in the UK that there is too much travel for junior and social rugby, we don’t know how lucky we are!

The club run the annual Cottontown Sevens tournament, which is a mainstay of the Carolinas rugby schedule. We’ve been happy to sponsor the event over the past two years & hope the partnership continues. It is clubs like this which make our sport truly special.

Another testament to the Clayton touring party was the cross section of the club they brought. Ex-Players, wives & girlfriends all came along for the ride & it was the family atmosphere on-tour which endeared them so much to those who hosted.

The team were based at the recently opened Moxy Hotel in the vibrant Merchant City quarter of town. A short walk to George Square & the bars of Sauchiehall Street & Bath St, which kept the tourists focused during downtime.

The rugby on tour kicked off with a great game at Hillhead Jordanhill RFC on a wet Glaswegian evening. Based in the west end, the hosts play out of the Hillhead Sports Club, sharing the stylish facility with Cricket, Tennis & Shinty. I learnt that the society runs as a trust, with all memberships & revenues available to each club as and when they wish to invest in their sports. With single-sport clubs battling with finances, it certainly appeared to be a refreshing and forward-thinking approach. The club, on said wet night, was a bustle of activity.

A full-blooded 1st half ended at 17-17. The hosts fielded a proper club XV, with players of all ages turning out to host the visitors. Most notably, 56-year old club President Gary Kitchener held together the boiler-house. As the game drew to a close, the tourists got away & won 17-41.

Having learnt the story of the Bootleggers before this game, you could see what it meant to the guys for them to get their first win on foreign soil. Touring is a truly wonderful thing.

It is in Glasgow where we stage one of our truly favourite days out. Departing Glasgow shortly after breakfast, we head north to a farm on the southern shores of Loch Lomond. Upon arrival, a convoy of speedboats met the team at the Jetty, before departing across the waves to Inchmurrin Island.

This is the first stop on a Loch Lomond Speedboat Pub Crawl. Inchmurrin itself is the UK’s largest freshwater island, with an official population of 8. The Island Restaurant served up the first round(s) of the day, before the boats continued north-west to the beautiful shore town of Luss. The Loch Lomond Arms & Lodge on Loch Lomond continued the provision of hydration, before we bounced across the waves to the east coast village of Balmaha. Further drinks and solids at the Oak Tree & Drymen Inns were enjoyed before we arrived at the Glengoyne Distillery.

If you were to imagine a Scottish Whiskey distillery quietly ticking-away in the Highlands, this would be it. A stunning backdrop & an excellent tour of the facility which dates back to 1833. The obligatory taste of the 12, 18 & 21 year old drams was enthusiastically enjoyed & the bus returned to Glasgow. Some samples have made their way back to SHS HQ, a Whiskey review may well follow.

It is not often that we base an entire tour in one city. Typically, our tours to Scotland include stays in Edinburgh, St Andrews, Oban & Stirling and combine a range of special experiences on and off the rugby field. However, Ted & his Bootleggers set up camp and got their Caledonian fix from Glasgow.

The tourists wrapped up their fixtures with a hard-fought 12-5 loss at Cartha Queens Park RFC in a game with the Shawlands Sharks. The Sharks are a club within a club at Cartha & embrace social rugby with magnificent aplomb. The post-match third-half that Friday evening was something else & put the Sharks high on our list of go-to hosts when we next have a senior XV turning their tour bus to Glesga.

Clayton ended their tour with tickets to see the Glasgow Warriors Vs Ulster Rugby pre-season match at Scotstoun, a match which the hosts edged 36-33.

We’d like to extend our sincere thanks to both Hillhead Jordanhill RFC and Cartha Queens Park RFC for their exemplary hosting, but our biggest cheer is reserved for the Bootleggers. Wonderful tourists, a credit to Rugby in the USA and our great game. I wish them nothing but the best successes in their endeavours to grow the game in their part of the Rugby World.

"We were beyond pleased with the entire experience. Our folks will be talking about that tour for the rest of our days" 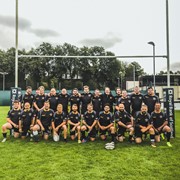 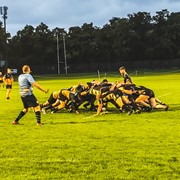 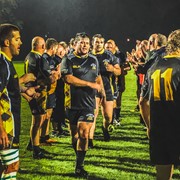 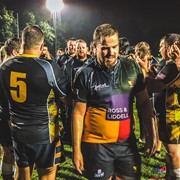 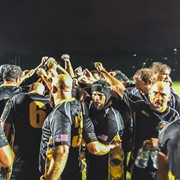 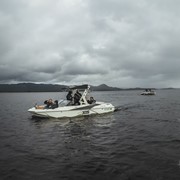 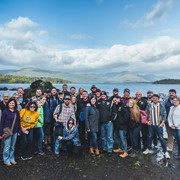 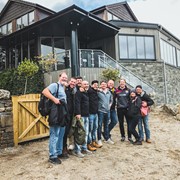 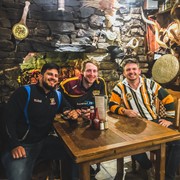 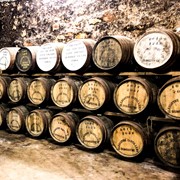 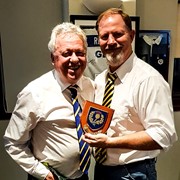 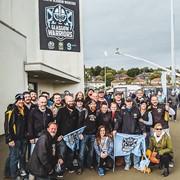 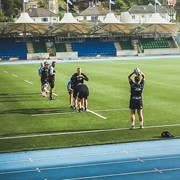 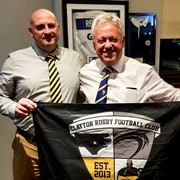 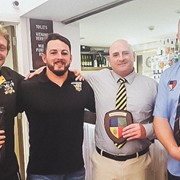 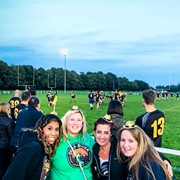 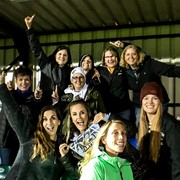 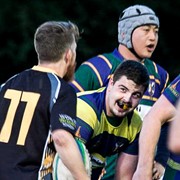