We first hosted Long Beach State on tour in Italy in 2011. Since then, we've had the pleasure to lead them on tours to Central & then Eastern Europe. Their 2019 Tour to Great Britain added two more countries to their Sky High Sports bucket list - an impressive total of 9.

The beauty of combining your passion with your work is that many of the people we're fortunate to host on tour soon become firm friends. This is certainly the case with CSULB. Away from the tours, we've hosted their guys on holidays, our friends and family have travelled to Southern California & three of us have now proudly worn the Black & Amber on the field in one form or another.

The GB Tour was an action packed programme which took in Bath, London, Newcastle & Edinburgh. On the rugby front, the tourists had a high-quality day with Worcester Warriors that included a session with senior coaches on the main stadium pitch. The first tour match at Wells RFC (England's smallest city) followed a private audience with the Mayor & welcome by the Town Cryer. The third and final tour match was against Border Park RFC at the home of pro-team Newcastle Falcons, Kingston Park Stadium.

Off the pitch, the team had enjoyed a private dinner cruise on the Thames, competed in a Highland Games championship in Edinburgh & tackled a micro-brewery pub crawl of Newcastle.

DoR Jason Reynolds joins The Rugby Tour Specialists in 2020 & will be spreading the word of what we offer to College & High School teams on the West Coast. If you're based in the US and would like to get the thoughts of someone who has experienced what we offer, Jason will be the man to talk to.

The tour has been amazing. This is our fourth tour with Sky High Sports and it didn't disappoint. It has been jam packed with things to do for the guys to keep them busy. We've had competitive games & its been a wonderful experience overall once again.

My personal highlight overall has been that we've been hitting these smaller towns & getting more of a cultural feel. I know the guys liked it a lot better when we were in Bath & Wells in the south then up to Newcastle and Corbridge in the north of England.

The experience has been great. The people have been really friendly, the clubs have been very receptive & the hospitality has been the best we've ever had. 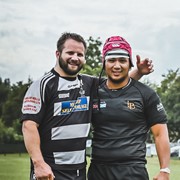 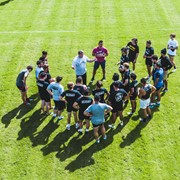 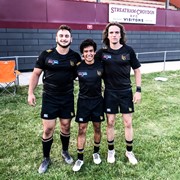 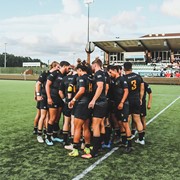 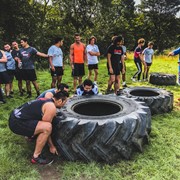 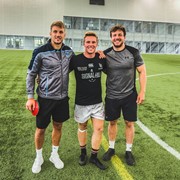