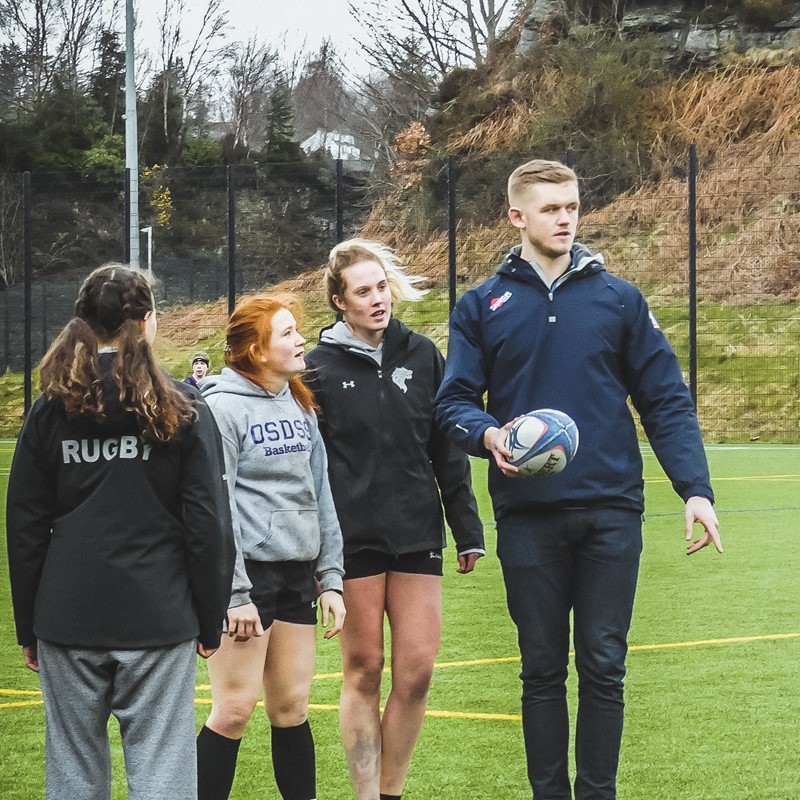 Harry joined Sky High Sports in July 2016 & has made an immediate impact on the business. Harry is the only member of the team at Sky High Sports with a serious Rugby CV.

He is a graduate of the Gosforth Academy AASE Scheme & spent two seasons playing for the Academy at Newcastle Falcons. Unfortunately, his professional career was halted by injury. Fortunately for us, he has brought the work ethic and commitment from the professional rugby environment into his day to day work.

Harry stands at 6'9'' tall and not surprisingly was limited to playing in the boilerhouse that is the second-row. He says he is a dynamic ball carrying lock, with a penchant for line-out play. Unfortunately, since his debut here in the office & inability to stay fit, none of us have actually seen him play.