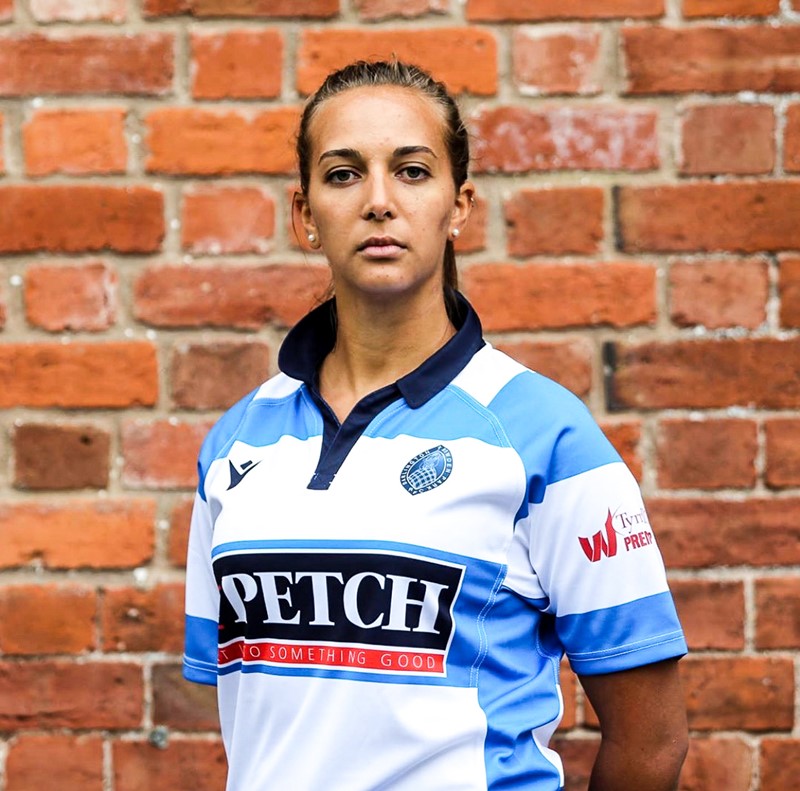 Mackenzie is our newest recruit at Sky High Sports, a Canadian full-back who heads up our Operations and logistics, 'Kenny' is also our resident Women's Rugby Expert!

Mackenzie began playing our great game at the age of eleven. Fifteen years & her fair share of injuries later, Kenny is a player for Darlington Mowden Park Sharks and turns out regularly in the top flight of women’s rugby in England.

Rugby is a huge part of Mackenzie’s life and has been from the very beginning. She has been surrounded by the sport from a very young age with both of her parents being keen players. (Interesting fact -  Her Dad is yet to hang up his boots and still plays in an old boys league in Edmonton, Canada)

Since 2012, Mackenzie has been spending her winters living in the North-East, plying her trade in the English Tyrells Premier 15s – before heading back to Canada to play the Summer season with Edmonton Leprechaun Tigers. Mackenzie will admit that she’s a bit of a rugby fanatic, living, breathing and dreaming the sport.

Aside from the overwhelming enthusiasm for code, Mackenzie is a graduate from the University of Alberta, and will bring a wealth of knowledge and experience in both supply chain & logistics.

Ever since Mackenzie first came to the UK she has made a lasting impression on everyone that she has encountered. We’re excited to see the influence that she will have at Sky High Sports.