The Rugby Tour Specialists are proud to work alongside the Federación Española de Rugby on all our tours to the country. This gives us a real inside line in arranging quality Rugby Experiences at some wonderful Spanish Rugby venues. 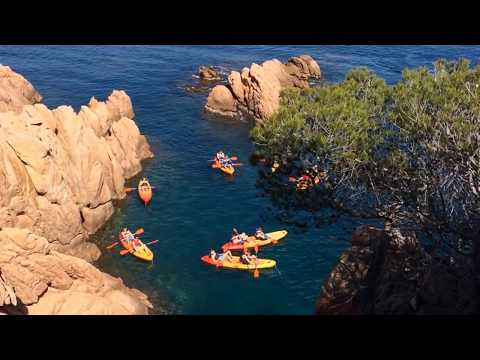 Rugby in Spain is hitting the roof. For those in the know, while qualification for the 2016 Olympics was a surprise, it wasn't entirely unexpected.

The Rugby Clubs, some lucky to boast thriving 'Schools of Rugby,' are increasing in experience, playing numbers and bordering on serious ability. We've sent enough good teams to Spain who change their perception during the tours.

We've been working alongside the FER since pre-RWC 2015, when our home county of Northumberland was partnered with Spain as part of the Unity Project. Since then, we've arranged some excellent Rugby Tours across the country with the great assistance of the Federation.

Great time. Well organised. We were very busy and got to see and do a lot.

Vernon Jackals Juniors (CAN) Tour to Spain and Portugal

When the time comes to tour again, we will be looking to Sky High Sports

Vernon Jackals Juniors (CAN) Tour to Spain and Portugal

Vernon Rugby Junior Jackals from British Columbia, Canada, undertook a phenomenal tour of Spain and Portugal in the Spring of 2017.

The club was boosted by players from Nelson Rugby, also from BC, before tackling four clubs either side of the Iberian border.

The team combined a thorough Rugby Experience, which included training sessions at top facilities in Spain and Portugal as well as some serious extra-excursions.

They saw FC Barcelona beat Valencia CF 4-2 at the incredible Nou Camp, spent a day Kayaking on the Med, a Bicycle Tour of Barcelona, Zip-Wiring in Madrid, Bull-Fighting School in Seville & Surf School on the Atlantic Ocean at Lisbon.

A wonderful tour to an incredible country.

Great time. Well organised. We were very busy and got to see and do a lot. Spain is beautiful. The Tour Highlights were definitely the kayaking day on the Mediterranean, Surf School in Lisbon, the Bike Tour of Barcelona and the walking tours in Seville.

From the moment I started the process of planning the tour, Richie was attentive and authentic in dealing with me. He put together an number of options and costings, so we could fine tune what best suited our needs. Even though we were dealing with a 5 hour time difference, I always had access to Richie, for changes and/or clarifications. Once the initial planning was complete, the payment process was well organized and simple to follow. From our arrival in country to our departure, everything was professionally attended to. Jamie Dixon was an outstanding liaison. Any needed changes were done through consultation and went off as though originally planned. At the conclusion, I had 21 very happy tourists. There were no complaints at all. I highly recommend Richie, his associates and Sky High Sports.